Beyond the Canon: Contemporary Black Literature 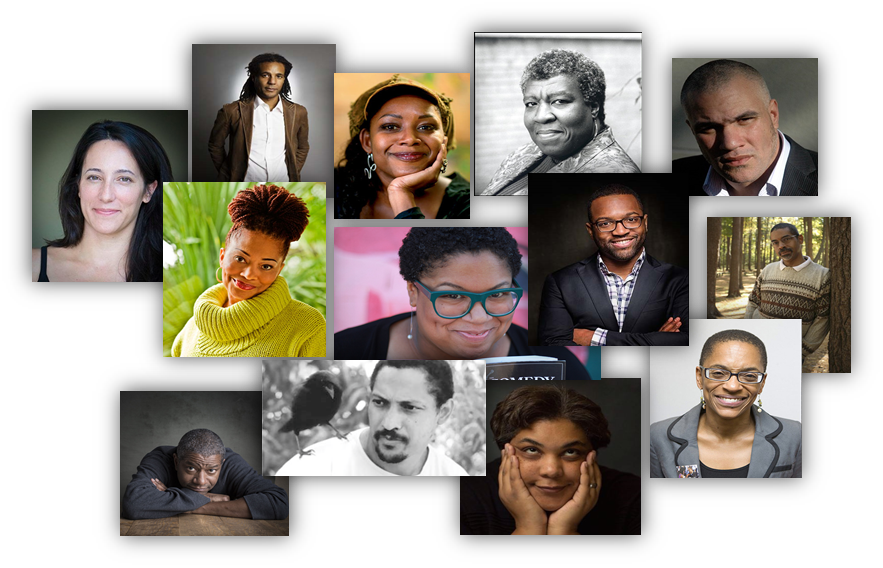 Expand your reading horizons beyond the African American canon with books from contemporary black voices. These works range from essays and genre fiction to poetry and plays.
All are available at the COD Library or through I-Share.

Jeffery Renard Allen
Song of the Shank
In 1866 as Tom and his guardian, Eliza Bethune, struggle to adjust to their fashionable apartment in the city in the aftermath of riots that had driven them away a few years before. But soon a stranger arrives from the mysterious island of Edgemere, inhabited solely by African settlers and black refugees from the war and riots, who intends to reunite Tom with his now-liberated mother.

Paul Beatty
The Sellout
A biting satire about a young man's isolated upbringing and the race trial that sends him to the Supreme Court, The Sellout challenges the sacred tenets of the United States Constitution, urban life, the civil rights movement, the father-son relationship, and the holy grail of racial equality―the black Chinese restaurant.

Octavia Butler
Kindred
Dana, a modern black woman, is celebrating her twenty-sixth birthday with her new husband when she is snatched abruptly from her home in California and transported to the antebellum South.

Parable of the Talents
Lauren Olamina's love is divided among her young daughter, her community, and the revelation that led Lauren to found a new faith that teaches "God Is Change". But in the wake of environmental and economic chaos, the U.S. government turns a blind eye to violent bigots who consider the mere existence of a black female leader a threat.

Stephen L. Carter
The Emperor of Ocean Park
The complex story of family with links to crime. The novel is set amongst the African American society of the eastern seaboard and the inner circle of an Ivy League law school.

Danielle Evans
Before You Suffocate Your Own Fool Self Fearless, funny, and ultimately tender, Evans's stories offer a bold new perspective on the experience of being young and African-American or mixed-race in modern-day America.

Percival Everett
God's Country
Everett's "comic and fierce"* novel of the Old West. The unlikely narrator through this tale of misadventures is one Curt Marder: gambler, drinker, cheat, and would-be womanizer. It's 1871, and he's lost his farm, his wife, and his dog to a band of marauding hooligans.

Erasure
A blistering satire about race and writing, Novelist, college professor, woodworker, and fly fisherman, Thelonious (Monk) Ellison has never allowed race to define his identity. But he is offended and angered by the success of We's Lives in Da Ghetto, the exploitative debut novel of a young, middle-class black woman who once visited "some relatives in Harlem for a couple of days."

Roxane Gay
An Untamed State
Mireille Duval Jameson is a rich and self-assured Haitian woman who is kidnapped by a gang of heavily armed men. Held captive by a man who calls himself the Commander, Mireille must endure his torment until her unwilling father pays up.

Bad Feminist: Essays
Bad Feminist is a sharp, funny, and spot-on look at the ways in which the culture we consume becomes who we are, and an inspiring call-to-arms of all the ways we still need to do better.

Samantha Irby
Meaty: Essays
Chicago-based blogger Samantha Irby explodes onto the printed page with her debut collection of brand-new essays about trying to laugh her way through failed relationships, being black, taco feasts, bouts with Crohn's disease, and more.

Edward P. Jones
The Known World
When a plantation proprietor and former slave--now possessing slaves of his own--dies, his household falls apart in the wake of a slave rebellion and corrupt underpaid patrollers who enable free black people to be sold into slavery.

Martha Southgate
The Taste of Salt
Josie Henderson is most at home in and around water, and as a senior-level black female scientist at the Woods Hole Oceanographic Institution, she is practically alone in her field. But in building this impressive life for herself, she has tried to shed the one thing she cannot: her family roots back in Cleveland.

Baratunde Thurston
How to Be Black
The Onion’s Baratunde Thurston shares his 30-plus years of expertise in being black, with helpful essays like “How to Be the Black Friend,” “How to Speak for All Black People,” “How To Celebrate Black History Month,” and more, in this satirical guide to race issues—written for black people and those who love them.

ZZ Packer
Drinking Coffee Elsewhere
Packer dazzles with her command of language, surprising and delighting us with unexpected turns and indelible images, as she takes us into the lives of characters on the periphery, unsure of where they belong.

Colson Whitehead
Zone One
Mark Spitz and his squad of three "sweepers" move through Zone One of lower Manhattan, a walled-off enclave scheduled for resettlement in the aftermath of a zombie plague.

Sag Harbor
Benji, one of the only black kids at an elite prep school in Manhattan, tries desperately to fit in, but every summer, he and his brother, Reggie, escape to the East End of Sag Harbor, where a small community of African American professionals has built aworld of is own.